4 Benefits You Gain from Directional Drilling

Directional drilling is one of the best technologies to be developed and adopted in mining and construction. The process allows the professionals to drill horizontally without digging up the soil that covers the expanse of the drilling space. Previously, the only way to get pipes across the landscape was by causing extensive levels of intrusive damage. However, technicians no longer have to dig trenches to install infrastructure like pipes. Here are some of the top benefits you may see from directional drilling.

The difference between directional drilling and other techniques is that this technique uses pipes as part of the drilling process. Therefore, the pipes need sturdy construction to withstand the pressure of installation. The manufacturers design durable pipes that can withstand the weather elements. The durability of the materials comes in handy during installation running across rivers and under bridges.

One of the usual annoyances associated with the regular trench digging processes is that they cause significant damage to the environment. Once the machinery digs up the soil to install the piping, the landscape becomes almost permanently affected. Even after they install the pipes and fill up the trenches, the dirt remains a little loose, which makes it susceptible to erosion. Horizontal drilling displaces less soil than the alternative trench-digging method. It allows the people working or living close to the site to revert to their regular life a few hours after the drilling and installation.

You might have to worry about getting permits from the local government and government agencies. However, horizontal drilling does not need as many documents since it does not cause as much disruption. Also, the drilling process does not lead to debris production, which would cause traffic blocking. Therefore, the authorities will have no qualms about giving you the permit.

The cost of a drilling project sometimes depends on how much disruption it creates. Horizontal drilling displaces a minimal amount of dirt. The contractors spend less time replacing the displaced, which helps them save time. Additionally, the team might not need heavy machinery like backhoes for the soil replacement process. Horizontal drilling saves you money. 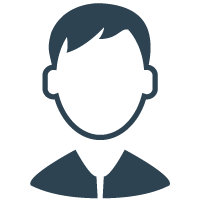